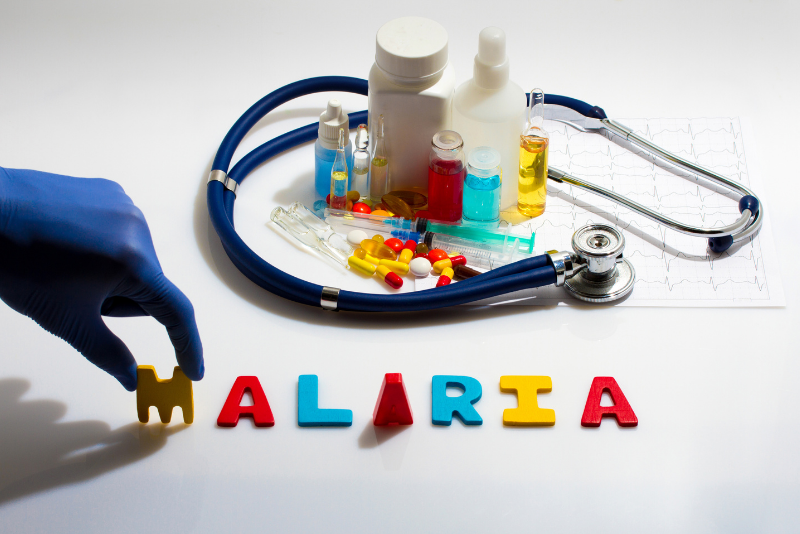 Malaria kills 400 000 people globally, 94% in Africa each year, and in South Africa 10% of the population (4.9 million of us) are at risk of getting it, reports the Department of Health. Here’s what you need to know to stay safe from Malaria.

In South Africa malaria is mainly transmitted along with low-altitude border areas of three provinces –Limpopo, Mpumalanga and KwaZulu-Natal, where it’s always present. If you’re travelling there, take great care, especially at this time of the year.

In Africa, six countries account for about half of all malaria deaths worldwide: Nigeria (23%), the Democratic Republic of the Congo (11%), Tanzania (5%), Burkina Faso (4%), Niger (4%) and notably, as it borders on South Africa and many South Africans travel there, Mozambique (4%). ‘Malaria is a high risk in at least some part of every country in Africa except Lesotho,’ says Dr Albie de Frey of Travel Doctor.

In South Africa, transmission is seasonal, with cases starting to rise in October, peaking in January and February, and waning towards May, reports the Department of Health (DOH). It’s a preventable and curable disease. If not diagnosed and treated early, it is often fatal.

According to the National Institute for Communicable Diseases, South Africa has between 10 000 and 30 000 notified cases of malaria a year. The DOH is planning to eliminate the disease by 2023 through prompt diagnosis, the reporting of every confirmed case to healthcare authorities, spraying walls of homesteads in endemic areas with insecticide, providing insecticide-treated mosquito nets, and increasing community-based malaria testing and treating.

Meanwhile, De Frey strongly advises taking precautions when visiting malaria transmission areas – the Mopani and Vhembe and Waterberg districts (Thabazimbi and Lephalale areas) of Limpopo; the Lowveld of Mpumalanga, including the Kruger National Park and surrounds; and northern KwaZulu-Natal along the Mozambique border.

Preventing bites by the malaria-carrying Anopheles mosquito is ‘always indicated, irrespective of the use of a tablet to avoid malaria’, says De Frey. Don’t go outdoors between dusk and dawn in risk areas, cover-up (long pants and sleeves, socks and closed shoes), and apply an effective DEET-containing insect repellent to all exposed areas.

There is still no vaccine available (one may be in the pipeline, but not for travellers), and no malaria prophylactic tablet is 100% effective in preventing malaria or totally free of side effects. However, it is still crucial to take one of those available – they offer 90% protection, says De Frey, and malaria is a serious disease that kills rapidly.

The main choice today is between mefloquine (Lariam®/Mefliam®), taken once a week; doxycycline (which has many trade names), taken once a day after meals; and a combination of atovaquone and proguanil (Malanil®/Mozitec®/Malateq®), also taken once a day. Mefloquine and doxycycline must be taken for four weeks after leaving the malaria area, atovaquone/proguanil can be stopped after seven days but is much more expensive, says De Frey.

He adds that they all have the same minor side effects – ‘much less serious than malaria’ – and the final choice depends on personal preference ‘and the traveller’s chronic disease and medication profile’. Your medical professional or a travel doctor can prescribe the one best suited to you.

Know the signs of malaria, and that they can manifest even if you have taken all precautions. ‘Seek early diagnosis and effective treatment,’ urges De Frey. Also be aware that symptoms may show only weeks, months, and even years after you have been bitten. They are cold shivers, high fever, sweating, headache, nausea, vomiting and diarrhoea, muscle pain, weakness and finally bleeding, convulsions and coma (‘cerebral malaria’).

Many of these signs can be misdiagnosed as flu or Covid-19 with fatal results, so if you have been to a malaria-risk area at any stage, tell your health practitioner and insist on being tested.

‘If you’re close to good medical care you should be tested by a laboratory,’ says De Frey. ‘If you’re going to travel remotely, you may want to take a malaria rapid test kit along, but then you and your travel companions must get trained on when and how to use it – and phone for knowledgeable medical assistance when you do use the kit. We do this for all our clients.’ Your Clicks pharmacy can order kits on request, says Clicks pharmacist Waheed Abdurahman. A single negative malaria test never excludes malaria, De Frey says – ‘repeat the test within hours if the person is no better or gets worse’.

If you are diagnosed with malaria, it needs to be treated as a medical emergency. Early treatment is key – the anti-malarial drug artemether-lumefantrine (Coartem®) is highly effective for uncomplicated malaria provided treatment is started within two days of the onset of symptoms.

The treatment of pregnant women and babies is much more complicated. ‘The Travel Doctor advises that pregnant women and children under 5 should best avoid high-risk malaria areas altogether,’ says De Frey. Follow your doctor’s advice.

(All medicines mentioned above must be prescribed by a doctor after consultation and cannot be bought without a prescription, says Abdurahman.)